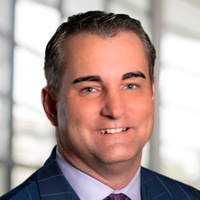 Gregg LaSpisa has spent the last 28 years in the financial services industry with a focus on both business and personal financial planning. His extensive experience from his private practice led to his role as Executive Vice President with his current broker dealer Equitable Advisors in Ohio in 2005. Gregg’s leadership and vision have been instrumental in the growth of business for Equitable Advisors, its clients’, and the future of the industry through the new financial professionals that choose a career in financial services. As a result of Gregg's success in the Mid America Branch, he was promoted to Regional President of the Central Region in 2017 followed by his most recent promotion in 2022 to Senior Executive Vice President of the Southern California Branch based in the Irvine, CA office.

The Southern California Branch (SoCal Branch) of Equitable Advisors has offices in Downtown Los Angeles, Orange County, San Diego, and Woodland Hills and is comprised of over 300 financial professionals and support staff. With over $7 Billion in Assets Under Management (AUM) serving more than 150,000 households, Equitable Advisors SoCal is among the largest and best served wealth management firms in the industry in one of the country’s largest markets with over 20 million in population to help build their financial futures.

Gregg is a graduate of Loras College in Dubuque, Iowa, and holds a Business Administration in Management with an emphasis in finance. He also holds the series 6, 7, 24, 53, 63, 65, life & health insurance licenses and is a licensed investment advisor. Additionally, he has earned the Chartered Life Underwriter (CLU) designation. Gregg and his wife, Aly, reside in Southern California with their dog, Theo, and enjoy travel, concerts, and spending time with family.